Blog - Latest News
You are here: Home1 / Blog/News2 / Blog3 / The Importance Of Nature And Animals To Find Your Best Self 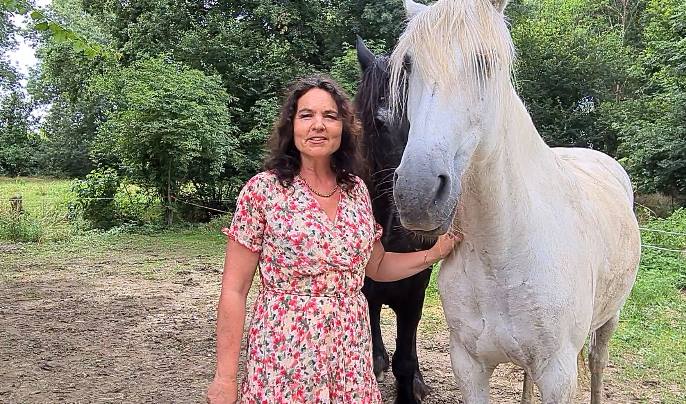 More than ever the professional, political, and private world has a need for soft skills and emphatic leadership: Very different coaching and therapy programmes are being offered and HR departments implementing team or personal training do not know anymore what the most efficient kind of coaching is, which really improves communication and flowing good relations both with colleagues and clients, as such.

In my professional career, I came to know different kinds of coaching and conflict resolution/prevention support services. Many of these programmes work on the level of the mind and offer rather nice entertaining games, role plays and game time. Several events included fun-days: doing sport together, but in a way stayed superficial as where real empathy or positive communication skills should be developed and higher intuition developed!

In the field of mediation, one would notice different parties or team members starting again a dialogue, but there was always the danger that they would remain entangled in differences of interpretation of certain ideas: the idea of ‘Respect’ or ‘Cooperation’ can be interpreted in different ways by different personalities. The parties may like to reconcile, try to do this merely on a rational level, discuss the different points of view, but the heart or intuitive system is not included in this process. Somehow these people will always clash again because the core of the conflict has been looked at in only a rational way but not felt in an intuitive way…

On top of that, many conflicts of persons in teams are a result of a conflict with themselves: patterns from the past, education, family, friends can have an effect on us for a long time, mostly fully unconsciously.

This background is called a system of a person and determines in an important way his/her thought pattern, his (mis-)conceptions, his/her ideas and convictions. Every person makes part of a systemic background and has a place in this system, but also needs to take this place where he can come to full potential and be the most authentic possible, benefiting from his inner power.

Here, systemic coaching with the aid of horses can be of great help; a kind of coaching that continues exactly there, where other kinds of coaching seem to stop. Horses, namely, can only work in a systemic way; they have lived in herds (=’ teams’) for the survival of every single horse: each horse has a specific role to serve the whole group. The weakest animal will be compensated by others. Many research showed the subtle language of horses in such teams, which is focused on helping and supporting each horse to stand in his power.

As soon as a person enters a group of horses, horses will immediately assess if (s)he is in the right place and if his exterior is consistent to his interior to reach full potential and be of benefit to the whole group and greater good. If this is not the case, they will try to encourage (improve) his/her situation by movements or actions.

The horse (non-verbal) language can be extremely clear and direct but totally non-judgmental: people are often amazed during a session how easily horses can take over the role of one’s parents or show the behaviour or blockages of a coachee or business team. By realizing and really FEELING how someone’s system has influenced his/her own life and patterns, one can – through his “felt sense” – make peace with certain detrimental influences of this system, i.e., misconceptions caused by this systemic background, and turn them into positive elements during the session, guided by the intuitive sense of the horses and dialogue, if necessary, with the coach.

(I say: “if necessary” because the power of this coaching lies in the feeling and the conviction which comes from inside the person; it is not forced upon one from the outside; therefore, a minimum of words and not too much talking, which would take the coachee away from this felt sense, is the most powerful aspect).

Systemic coaching, so far, has been successfully applied from family settings, the field of Human Resources, to individual managers, looking for a more efficient, empathic leadership, development of new talents, better non-verbal communication, and the like. Within teams, trying to reach better relationships and interactions, thus resulting in improving the company’s output! It has been equally proven a big success for individuals looking for better relationships, in a variety of different life questions, and resolving e.g., a lack of confidence in life.

Horses have thus started a new episode in their evolution: not only helping humans to reach a far destination, win a battle or be it a trophy at a dressage competition; but also help them further in their personal development to truly reach unexpected fulfilment and new levels of consciousness! …

Want to join the discussion?
Feel free to contribute!